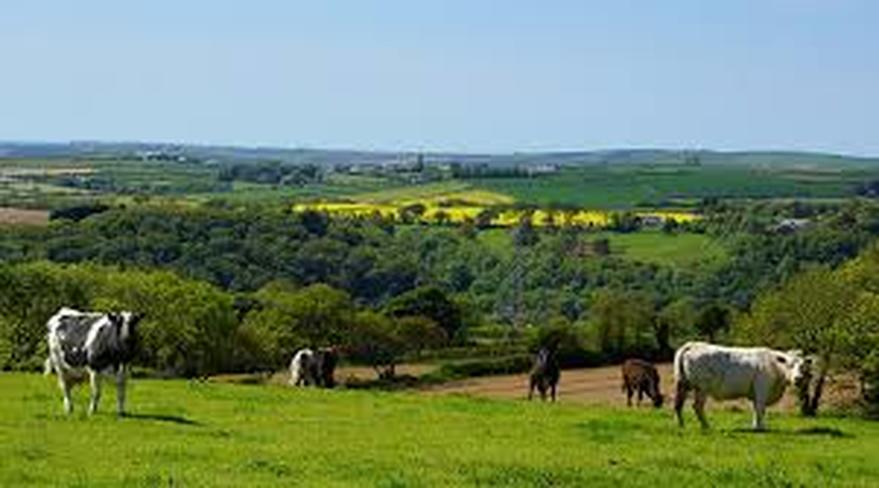 Hi!  My name is Sharon Mayer and I am lucky enough to live and work on the most beautiful farm in Cheshire – Toft Hall near Knutsford. I arrived here in 1977 straight after A levels,  a green townie who longed to study agriculture and later tropical agriculture at Nottingham university but needed a year’s practical experience first.  In typical fairytale manner I fell in love with and married the farmer’s son and after completing the initial degree, married Simon in 1980. We have 4 children, 3 sons and a daughter, all of whom have chosen to follow different career paths leaving me to take on the farm tenancy when Simon sadly died from pancreatic cancer in February 2006 aged just 53. 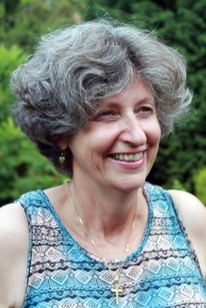 Married to Bob in 1985 and have 1 Son recently married PJ in New Zealand.   We had a wonderful 3 weeks and were amazed on the beautiful country and its bounteous farmland.
Having lived in Cheshire all my life, I greatly appreciate the beautiful countryside and all our farmers.
In 2006 I became a Licensed Reader at St. Michael and All Angels Middlewich and St. John’s in Byley Cheshire I love the variety of work.  I enjoy meeting people and the fellowship that brings.
Given any opportunity I share the love of Christ for all are precious in His sight.
Also for the last 10 years I have been  for St. Michaels the Alpha Leader and will be again in 2012
I  enjoy singing and playing guitar in worship.  Hobbies are walking with my two dogs Jazzy and Lulu, reading and eating out with my lovely husband. 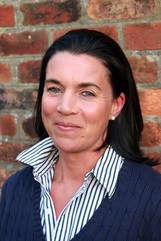 In 2009 I married Tom the Dairy Farmer & changed my career path to work at home as Toms right-hand woman, milking cows, rearing calves & managing the business.

This is probably one of my best career decisions. 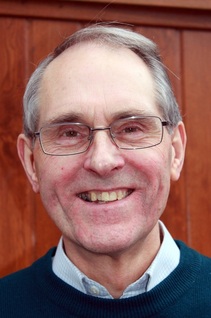 Associate Chaplain,  I was brought up on a market garden in Flintshire and also worked on local mixed farms. At University in Aberystwyth I studied Agriculture and Agricultural Botany and then went on to do research work on hill grassland improvement. After Teacher Training in Wolverhampton I was, for a time a lecturer at Harper Adams Agricultural College in Shropshire, and then joined UKF Fertilisers Ltd in their Field Research and Development department, doing work on grassland fertiliser requirements and sharing the results with farmers.

Following this I worked for Miln Marsters Ltd (formerly Milns Seeds of Chester) based at the Farndon, Cheshire plant breeding and research centre, where I was mainly involved in research on new varieties of herbage grasses and forage maize, and talking with farmers about grassland and forage crops. Next I joined the then MAFF/ADAS, based initially at the Crewe office and then moved down to ADAS Bristol where I did research and development work on crops. 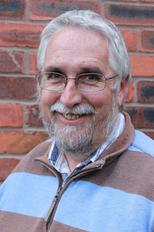 Born in West Yorkshire, experience on a farm began at an early age with milk rounds and hay making. A professional nursing and managerial career in the Health Sector in Yorkshire, Lincolnshire and across England followed, with farm contacts maintained and developed in pastoral links as a Lay Worker for the Methodist Church and Wesleyan Reform Union.  Following seven years in Prison Chaplaincy, I recently moved to Cheshire in semi-retirement and am now a part of the Agricultural Chaplaincy to support and listen where needed. 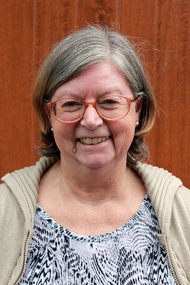 
Monica was born in 1947 at RAF Gutersloh, Germany and has two younger sisters. She grew up in Prenton, Birkenhead, Wirral and attended Woodchurch Secondary School for Girls. Monica was a regular worshipper at Holy Cross church, Woodchurch, where she was confirmed and had been a bell ringer and chorister.

She started her first job in 1963 at Silcock and Lever Feeds in Liverpool as a stock control clerk but was soon promoted to a computer animal feed formulator and in 1968 she transferred to the animal feed factory as a Personnel Assistant where her duties involved payroll and the interviewing of hourly paid workers. The factory closed in 1971 and Monica was made redundant but soon secured a job in the Dole Office in Birkenhead. Monica joined the Agricultural Chaplaincy Team as an Associate Chaplain in 2009. 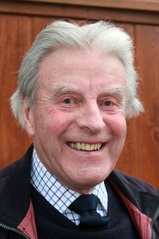 Associate Chaplain,  Retired Anglican Vicar. Worked in the counties of Derbyshire, Lancashire, Cheshire.
Involved with  8 different churches. Large town, small town and country.
Experience with many groups of people as an Army, Hospital, and Prison chaplain.


Peter served as RECTOR of Wilmslow for 22 years before moving to 2 very rural villages.
Was very involved at the Foot and Mouth crisis. Very concerned about the agricultural communities.
Knew many farmers and had many farming friends. 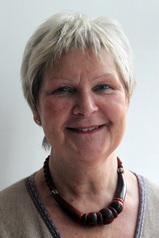 Sue Hawkins
I was born in 1947 in North Wales. My mother was a farmer’s daughter and the family farm has always been a place of stability in my life.
I attended the Alun Grammar School in Mold and trained to be a teacher in Yorkshire.  Taught in Derbyshire before marrying David in 1970, and worked in education for a number of years afterwards.
We have a son and a daughter, and three adorable grandchildren.
David’s job with ICI resulted in our living in a number of different and very interesting places, including two overseas postings, when I was involved in refugee work.  It was whilst living in Istanbul that I was called to ordained ministry. Upon our return to the UK, I was recommended for training and was ordained in 1999.
During my Curacy, I was part of the Chaplaincy team at the East Cheshire Hospice.  For seven years I served as Priest in charge of a rural parish – Marthall, Ollerton and Little Warford - which included the David Lewis Centre, a national centre for epilepsy, where I was also Chaplain.  Since retiring from full time ministry, I assist both at our local church and other churches in the deanery and am on the diocesan list of Spiritual Directors. 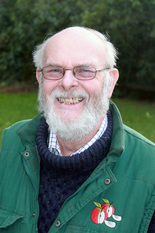 ​I've recently retired after 50 years of fruit farming.
I was born in the farm house at Eddisbury Fruit Farm in 1946.
After leaving school at 18, I worked on 2 Warwickshire fruit farms before going to Pershore Institute where I gained a Certificate in Horticulture, returning to Eddisbury in 1967, where I have been ever since. My father and I were planning to go into partnership but he died suddenly in 1971, leaving me the farm which I ran till 2001, when I went into partnership with my stepson, who had also been to Pershore, where he learnt the craft of apple juice and cider making.
In 1996 we stopped using the Wholesale markets because of diminishing returns and turned to Farmers Markets , which were a God send financially but meant working a 7 day, 80hr week.
Succession to the next generation wasn't to be, so I've sold or rented the land and buildings to a local family who are carrying on the business. I'm giving them help and support so they will succeed. I have kept one orchard.
I became a licenced Lay Reader at St Andrews Tarvin in 1998, where I also ring the bells and wind the church clock.
My other hobbies are folk singing, playing jigs and reels, and folk dancing. I have recently recorded a CD of my father's folk songs, which I now sing in local folk clubs.
John Heyworth


​I was born in 1948 in Unsworth Lancashire to a farming family went to Cof E primary and secondry modern  attended  sunday school at local Methodist church. Moved to Farndon Cheshire  in 1965 age 16 to a dairy farm  joined the young farmers  and met Sue  my wife we married in 1974  I joined the territorial army  for just under ten years  furthest outpost I went to was Cyprus worked at home on the dairy farm all my working life seen many changes in dairy farming  and not all of them good. 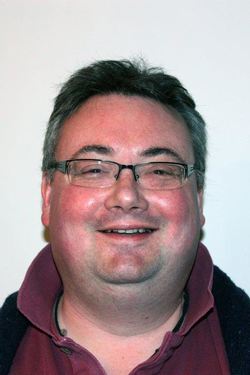 I’m Richard (though some call me Woody).
My wife and I recently moved to the Wirral from North Wales. Prior to that I served as a Anglican Minister to 3 rural Churches in West Wales. Where I had the privilege in getting to know local farmers and their families, sharing their highs and strengthening in their lows. I have an interest in mental health in particular Depression, Anxiety and Stress.
I enjoy meeting people, over various ‘beverages', getting to know them and listening to what  makes them tick.
I am a member at St Catherine’s Tranmere, where I lead services and open up God’s Word on various Sundays.
To relax I watch films, go cycling, take long walks, generally have ‘Grand Fun Days Out' with my lovely wife.
In summary I like People, Top Gear and Marmite!
​ 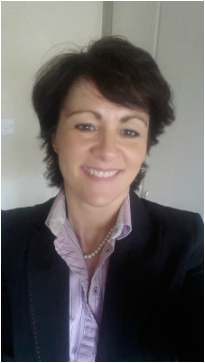 ​Ros Rimmer
Ros was born and brought up on a sheep, beef, dairy and arable farm in Herefordshire where her family still farm and she still visits regularly with her children. Ros left school and started working for a land agent in Herefordshire and was very involved in working and running of livestock markets in Ledbury, Ross-on-Wye and South Wales which she thoroughly enjoyed, as well as assisting Land Agents with their workloads.
Ros developed her skills and became an expert in Milk Quota Trading from 1995 dealing with numerous Dairy Farmers all over the UK. Ros set up an office in Cheshire in 1998 trading Milk Quota and after developing it into a new firm of Land Agents became an owner of the business in 2004, unfortunately due to personal circumstances she had to exit the successful business in 2015.  Ros was involved in developing all aspects of the business from all elements of book keeping; staff management; business development; completing BPS forms; organising and presenting at seminars and attending shows.  Ros’s exceptional organisational skills have given a good basis for helping and assisting others in taking their businesses forward.
Ros has a strong interest in mental health in general, but especially in the countryside and has completed her training in Level 2 Listening and Counselling Skills. Ros has a passion for working for and helping the farming community.
Powered by